This morning had me going to the doctor for a check up. It was confirmed that I have officially dropped twenty pounds since the beginning of March. It seems as though the beginning of March was just a minute ago.Pretty good, I would say.The only lousy part? Our car wouldn’t start after the appointment and had to be towed. Oh well….

We currently are on a fish kick, although I am not officially loving it. I can eat it and not taste the fishiness of it, so that is what gets me through. I season the fish after dressing it with fresh lemon and cook it in the broiler. I have to figure out a few other tweaks to our menu, because, from what I read in today’s paper, the price of pork is going up. It’s always something, and at the same time, I don’t want to be eating a whole lot of fish. A few days a week I can tolerate. I try to vary our protein so we don’t get burnt out. 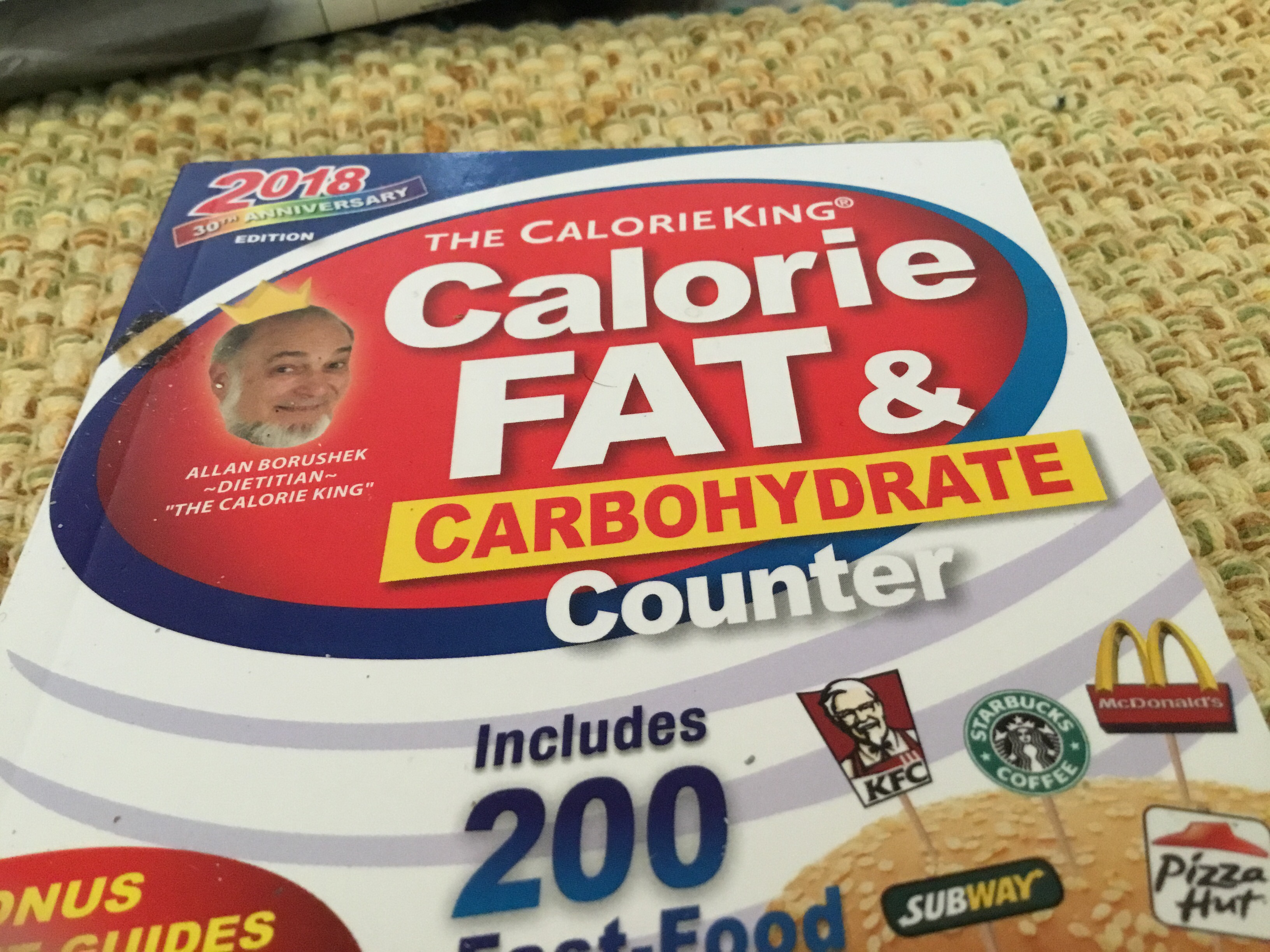 Say hello to my little friend…… my calorie guide.

I have been working, according to the dietician’s rules, trying hard to watch carbs while working between 1200-1500 calories.

It’s been working. The hardest point ? Fish!!!! I went into this, as they say ” not a fan.” I have come to like mahi-mahi. That’s about it. Perhaps I will come to gladly appreciate it more. It is hard, being a shellfish fan, but I am willing to keep trying. This change will be for the better; this I know. I’d like to be able to enjoy my retirement in better health.

So I am lighter, as of this writing. The trick is being able to keep it off.

Sitting on my rocker after a good day of exercise and healthy eating and what comes on my BBC America-THE PERFECT STORM.

It is a real life true tale, with**spoiler alert, if for some reason you never saw it**a sad ending. As usual, George Clooney is easy on the eyes, but the actors are all spectacular, IMHO.

For a depressing kind of film, I appreciate it ,because, especially living here , you have enormous respect for the Coast Guard and all the first responders, because living close to water can be scary at times. It’s comforting to know there are people on the job. Also, we see the fishermen bringing in their catch a lot. A very hazardous job, I feel, who work it are deeply under appreciated.

Next time you are out eating fish or seafood, think of the guys who caught it for you.

They need to be appreciated!